Volunteers play vital roles in helping the Library further its mission of building an educated and vibrant community through access to information and opportunities. Each month we introduce you to and highlight the work of some of these generous individuals. 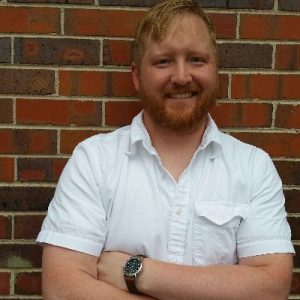 There is only one thing Jeremy Anderberg likes more than reading books – and that’s writing about them.  A Digital Experience volunteer with Jeffco Library, Jeremy started reading at a very young age.  He was only slightly older when his proclivity for reviewing the written word took hold.

“We’d go to the library and my mom would let me pick out any book to read,” Jeremy says.  “But the deal was that I also had to write an essay about it.  I actually enjoyed doing the ‘assignments.’  In retrospect I think that’s when I started to develop critical thinking skills.”

Those skills have served Jeremy well, professionally, as he’s currently the Managing Editor and Podcast Producer for The Art of Manliness, a popular online men’s magazine.

“It features content that I can read and not feel so shallow – so, in other words, it’s not just about fitness and cars.  The magazine started back in 2008 and I came on board about four years later.  I did some proofreading and a little writing, but now I have my hand in almost everything.”

Still, a good deal of what Jeremy writes and produces for The Art of Manliness is about books, which makes sense, because the man reads.  Like, tons.  The book that turned him into a tried and true bibliophile as a youngster was Holes by Louis Sachar.

“I was completely entranced by that book,” Jeremy remembers.  “I mean, I loved to read but that was the first time that I realized that words on a page could come alive so vividly.”  Fast forward a couple of dozen years and Jeremy now shares his love for the written word with his three young children, reading aloud to them every night.

As for his own literary pursuits, Jeremy reads across a wide range of genres and talks to lots of authors.  In fact, Jeremy reads so much that he’s achieved a certain notoriety among his friends and peers.  Not too long ago while chatting with a friend over coffee, his friend made the casual suggestion that he send an email out every week telling folks what he was reading.  That suggestion eventually took root in the form of an eNewsletter called Read More Books, in which Jeremy reviews books and posts compelling author interviews.

Four years ago, Jeremy undertook an enormous venture:  to read a biography of every U.S. President.  In case you’re wondering, there had been forty-five Commanders in Chief when he embarked on the journey. The project garnered the attention of Colorado Public Radio’s Ryan Warner, and in an Inauguration Day interview on CPR, Jeremy shared his vast knowledge of the lives of those who have held the highest office in the land.  Not surprisingly, the project may ultimately lead to a book deal.

“I got to thinking about how I might somehow turn all the information I’ve acquired into a book – and I thought a lot about what ‘bookish’ thing having to do with the Presidents would sell,” Jeremy explains.

He’s currently working on a proposal, a daunting task in and of itself.  Spoiler alert:  The subject of his book will be Abraham Lincoln, the most written-about President in history.  But Jeremy’s unique angle?  That’s his story to tell.  One thing is for sure – he’ll require a wide net of resources to pull off the research.

Jeremy leverages JCPL’s resources extensively to support his reading and investigations and admits he’s on the library’s website “all the time,” which is one of the reasons why he is a natural in his role as a volunteer usability tester for jeffcolibrary.org.

“I love the Jeffco Library system and the reach of Prospector,” Jeremy explains.  “My wife Jane and I moved to Arvada back in 2015.  Whenever I’m in a new location I always look for libraries and used book stores because I’ll find a selection of reading that I can’t get in a typical book store.  I’m getting the personalities of the librarians – books and authors that I’ve never heard of.  It’s magical, really.  Such a great way of discovering books.”

Get a Library Card 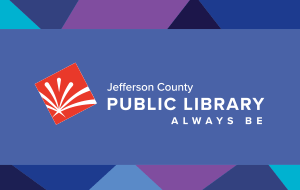