If your idea of the Western includes John Wayne and Clint Eastwood, it’s time to take another look. In the 20th Century, yesterday’s cowboys took a back seat as caped superheroes claimed the stage and shelves, but the Western is back.

While today’s sheriffs have replaced their horses with trucks, much of the story telling remains the same. The good guys are still beating the bad guys and the west is as wild as ever in these contemporary tales.

Western Reboot explores the new Western that is thrilling readers with mystery and intrigue. Longmire is a hit Netflix series based upon Craig Johnson’s bestselling Longmire stories and celebrates the Western’s resurgence into pop culture.

Meet the panel of distinguished writers joining Craig Johnson to share their thoughts on the new American western. 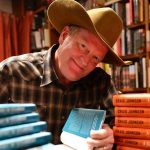 Craig Johnson’s works have been featured on The New York Times Best Seller list. He lives on a ranch he built himself in Ucross, Wyoming (population 25, near Buffalo, Wyoming). Johnson has written thirteen novels, two novellas and a collection of short stories featuring Sheriff Walt Longmire of Absaroka County, Wyoming. The novels have been adapted for television and Longmire is currently available on Netflix and entering into its sixth season. Among his many awards Johnson has won the Western Writers of America's Spur Award, the Watson Award for a mystery novel with the best sidekick and Library Journal’s Best Mystery of the Year. 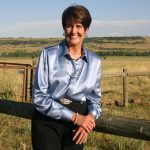 Margaret Coel is the New York Times best-selling author of the acclaimed Wind River mystery series set among the Arapahos on Wyoming's Wind River Reservation. Her novels have received wide acclaim and have been on bestseller lists, including the New York Times, the Los Angeles Times, and the Denver Post. Five novels have received the Colorado Book Award. The Spirit Woman received the Willa Cather Award for Best Novel of the West and was a finalist for the Western Writers of America's Spur Award for Best Novel. She is a native Coloradan who hails from a pioneer Colorado family. Along with the Wind River mystery series, she is the author of five non-fiction books, including the award-winning Chief Left Hand, Southern Arapaho. 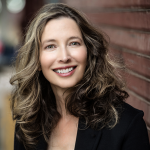 Barbara Nickless was born in Guam and traveled through numerous ports of call before landing in Colorado. She is an award-winning author whose short stories and essays have appeared in anthologies in the United States and the United Kingdom. An active member of Mystery Writers of America and Sisters in Crime, she has given workshops and speeches at numerous writing conferences and book events. Blood on the Tracks, which won the Daphne du Maurier Award and was a runner-up for the Claymore Award, is her first novel. She lives with her family in Colorado. And when she's not writing, traveling, or wandering through libraries, you can find her in the Colorado Rockies where she loves to hike, cave, snowshoe and drink single malt Scotch. 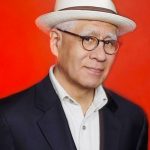 Manuel Ramos is the author of nine published novels and one short story collection. His fiction has garnered the Colorado Book Award, the Chicano/Latino Literary Award, the Top Hand Award from the Colorado Authors League, and three Honorable Mentions from the Latino International Book Awards. His first novel, The Ballad of Rocky Ruiz, was a finalist for the Edgar® award from the Mystery Writers of America and won the Colorado Book Award in the Fiction category. His published works include Desperado: A Mile High Noir, winner of the 2014 Colorado Book Award in the Mystery category, short stories, poems and non-fiction. He is a co-founder of and regular contributor to La Bloga, an award-winning Internet magazine devoted to Latino literature, culture, news, and opinion. 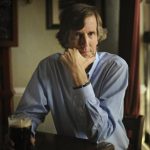 The son of two librarians, Mark Stevens was raised in Lincoln, Massachusetts. He worked as a reporter for The Christian Science Monitor in Boston and Los Angeles; as a City Hall reporter for The Rocky Mountain News in Denver; as a national field producer for The MacNeil/Lehrer NewsHour (PBS) and as an education reporter for The Denver Post. Antler Dust was a Denver Post best-seller in 2007 and 2009. Buried by the Roan, Trapline, and Lake of Fire were all finalists for the Colorado Book Award (2012, 2015 and 2016 respectively). Trapline also won the Colorado Authors League award for best genre fiction. In September of 2016, Stevens was named Rocky Mountain Fiction Writers' Writer of the Year. Mark and his wife have two grown daughters. He is currently president of Rocky Mountain Mystery Writers of America and hosts a regular podcast, The Rocky Mountain Writer, for Rocky Mountain Fiction Writers. He lives in Denver. 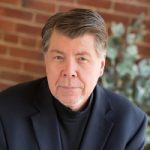 Kevin Wolf is a member of Rocky Mountain Fiction Writers and Crested Butte Writers. Kevin Wolf's novel The Homeplace, winner of the 2015 Tony Hillerman Prize for best debut mystery set in the Southwest. The contest is named after New Mexico's best-known mystery author. His newest novel, Brokeheart, debuted in October 2017 and tell the story of a frontier newspaper man who arrives in the Colorado mining town of Brokeheart in the hopes of making a fresh start. A spate of mysterious deaths trouble Kepler and though the sheriff and townspeople wave them off as accidents and suicide, the disturbing marks on the bodies leave Kepler wondering if something more sinister is going on. The great-grandson of Colorado homesteaders, he enjoys fly fishing, old Winchesters and 1950s Western movies. He lives in Littleton, Colorado, with his wife and two beagles.