Jan. 18: All libraries will be closed. The catalog, My Account, Holds Lockers and Lending Machine will be down for maintenance between 8 and 10 a.m.

Libraries are currently offering curbside and walk-in services. Please confirm your location is open and what services are available, as well as read our COVID-19 Code of Conduct before visiting. LEARN MORE 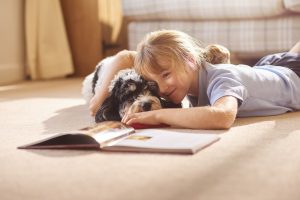 2020 has had just as many plot twists, cliffhangers and suspense as a mystery novel. And while it’s always a nerve-wracking experience while we’re in the middle of the story, we can still see the positives and look forward to the eventual happy ending.

One upside to being home more is having the time to catch up on books and movies. Thousands of JCPL patrons tried out new formats such as digital audiobooks and e-books for the first time while our physical collection was unavailable. When curbside service launched in May, our community was eager to pick up new items, and we have sent more than 96,000 books, DVDs and other materials home with patrons since that launch.

Sometimes the best recommendations come from your own friends and neighbors. We’ve compiled a list of the top five most popular materials across several categories and formats since March 15 to help you decide what your next book or movie can be.

E-books and Digital Audiobooks for Adults 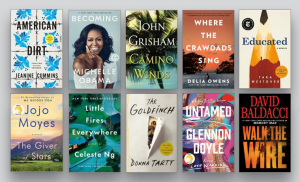 Dominating the adult lists is Where the Crawdads Sing by Delia Owens, opens a new window, which was ranked #1 on Overdrive and #2 on Axis for the Jefferson County Public Library e-book collections. The second most popular title popping up on both lists is Little Fires Everywhere by Celeste Ng, opens a new window.

The top four digital audiobooks for adults comprise some of the same titles as their e-book counterparts, with Where the Crawdads Sing, Becoming, Little Fires Everywhere and Educated. Another nonfiction book, Untamed by Glennon Doyle, opens a new window, rounds out the top five.

E-books and Digital Audiobooks for Teens and Kids 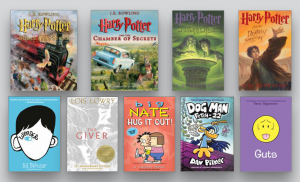 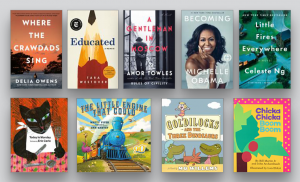 Adults are fairly consistent across all platforms, as four of the five top five e-books also appear in the top curbside titles. These include Where the Crawdads Sing, Educated, Becoming and Little Fires Everywhere. They are joined by a newcomer, A Gentleman in Moscow by Amor Towles, opens a new window, to round out the top five for adults.

Other formats and materials 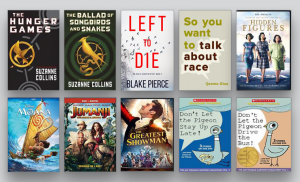